Zombies on the Cross


This post was originally written in Hebrew in 2011. At the time Dr. Anat Rosental of the department of Sociology and Anthropology at the Hebrew University in Jerusalem was giving a postgraduate course called "The Science Fiction Academy". Every other week she would bring a guest lecturer who would talk about a movie or a series they would watch. Even though I was not a student at the time and my degree has nothing to do with anthropology or sociology (it's in history of Islam and the Middle East), she was kind enough to let me join the class.
In one of the classes we heard Dr.Carmel Vaisman and watched "Sean of the Dead". The reading for this class was "A Zombie Manifesto" by Sarah Juliet Lauro and Karen Embry. What follows are a few arrant half-baked thoughts I had following that class. The final part is newer, and was added a few weeks ago. 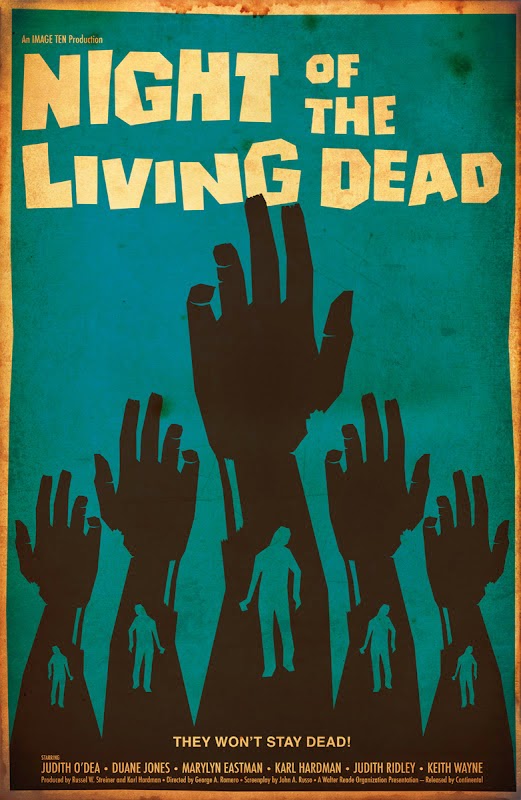 The zombie is one of the most potent and popular images of non-dead (or living dead) in recent decades, and it gained popularity in recent years. The popular and familiar zombie from movies, TV and so on, which I will discuss here, is based on two "ancestors" – the Haitian zombie and the version that developed from it in the New Orleans "voodoo".

We are used to seeing the zombies and their popularity since the 60's in a social context. They represent a threat of the loss of individuality (or rather of the individual) to powers of witchcraft in their original form, or in the modern version to an event we can't control (choose your favorite zombie apocalypse). In the modern version this is accompanied by the fear of losing oneself into mindless masses. In "A Zombie Manifesto" Lauro and Embry bind this with the idea of the zombie as a representation of slavery and slave rebellion (in the Haitian version of zombies) and as representing the consumer enslaved to consumerism (in the modern incarnations). [I'm doing injustice to the original, which is much more complex and worth reading. But this will do for my needs here.] Something that occurred to me, and I did not see Lauro and Embry discuss, is the Christian aspect of zombies and their popularity.
What I would like to suggest is that the popularity of zombies might have to do also with their being a mirror-image of one of the most potent images in the western world – the Christian martyr. This nature of the zombies, I think, has to do with the fact that the popular zombies were created in a Christian cultural environment. I'll try to show here the mirror-image in their creation and in some points concerning the physical aspects of zombies and martyrs. 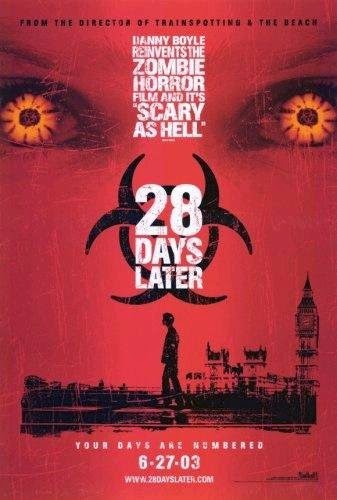 The Crib/Crypt
Christianity was present at the birth of the popular zombie. It is ingrained in the cultures that gave us the zombies – Haitian voodoo and the American entertainment industry. Voodoo's roots are in the West African religion Vodun, and it was formed when Vodun, which the slaves brought with them to America, met the Christianity of the French that ruled Haiti. This new religion gave us the zombies we know. While non-dead existed in Vodun (they exist in some form in all cultures) and the word "Zombie" is based on West African languages, it was the Haitian zombie that sparked the imagination of western culture and found a place in it. And this version of the African tradition was heavily influenced by Christianity.
The place where zombies became popular, the place that gave them their modern form, was the United States – a distinctly Christian culture, certainly in the formative years of the popular zombie. There can be little doubt that when Romero made "Night of the Living Dead" (probably the first really popular representation of zombies) he was playing mostly of the American fear of the communist "masses", but I think the Christian character of the American culture, and the way zombies interact with it, might also have something to do with the popularity of the movie and the genre.
What I would like to put forward is the possibility that zombies were and still are popular partly because they are a (distorted) mirror-image of the Christian martyr stereotype, a stereotype personified most fully, of course, in Jesus Christ.

Make me a Zombie!
One point in which we can see the martyr-zombie mirror-image is when we compare the way a martyr is created to the way a zombie is created. To start with, a martyr is of course a living person sanctified by death, whereas the classic zombie is a dead person being brought back to life. But the contrast runs deeper – the martyr chooses martyrdom, while the zombie has no say in his creation. From Jesus onward, martyrs knowingly choose their martyrdom. Choice, and maybe we should be more accurate and talk about conviction, is essential to martyrdom. The death of a martyr is different from any other death in the fact that it involves the conviction that it is a sacrifice done in the name of god faith.
Islam can provide us with an interesting example to this. Some Islamic traditions expand the term "Shahid" (martyr) to cover forms of death that may surprise us today because of what we associate with the term. In these traditions, a person dying of the plague might be considered a Shahid. What these traditions emphasize is that this death must be "in the service of the lord". So if a person on a military campaign in the name of Islam or during pilgrimage to Mecca got sick with the plague and died is a Shahid, but a person who died of the plague while in his bed at home is not. In this and other cases, in Christianity as well as Islam, the thing that makes a death into martyrdom is the knowledge that the death is in the service of god or the faith.
A zombie, in contrast, does not choose to be "zombified". The classic zombie, African or Haitian, was created by the Bokor, the sorcerer, to serve him and work his fields. He was basically enslaved after death. The ways in which modern zombies are created are more complex, and you could find a myriad of ways by which zombie "patients zero" are created – viruses, fungi, radiation and so on – but none of them chose to become a zombie. The "modern" zombieness, in most of the works we find it, is "viral", a disease spreading itself by way of the carriers – zombies. In their very nature diseases are not something we choose. Furthermore, many times the spread of zombieness relies on a violent action of the patient-zombie (usually biting) that forces the disease on uninfected people. In both cases, "patient zero" and the later infected, there is no element of choice.
Maybe we can see some similarity between this and the "modus operandi" of zombies and martyrs. Modern, infectious, zombies often act as mindless masses; martyrs are individuals operating with conviction and a sense of mission.

Body Issues
The other major point where we can see the martyr-zombie mirror-image is the physical aspects, and here we have to pay special attention to the archetypical martyr – Jesus Christ.
While Crist is the archetype for Christian martyrdom, he is also unique among the martyrs. He is unique not only in the fact that he was the son of god or in the fact that he received a gospel, but in coming back from the dead. Other martyrs are assured of resurrection at the end of time, but Christ was resurrected in historical times. In this he is like zombies who are resurrected dead, a similarity which serves to underline the differences between them. Because while in Christ's resurrection his body and soul were reunited, classic Haitian zombies' resurrection is one of the body but not of the soul. This is also true to modern zombies which come back from the grave. Other modern zombies are different in the fact that they are not resurrected dead but living people influenced by one pathogen another, but the affect is the same. They are creatures in which the soul was extracted, leaving only the body.
Naturally, this affects the appearance of martyrs and zombies after their death, which is another place we can see the mirror-image. After his resurrection Christ is so lifelike that the disciples don't recognize him. He also behaves as a normal living person, and in Acts (1, 4) he is even described eating with his disciples. Zombies look dead. Not only that but injuries they sustain remains visible, and they infect others with the same appearance.
Unlike Jesus martyrs stay dead, but some of the traditions about saints relate stories of their bodies remaining intact after death and even giving off a pleasant aroma for years later. In contrast the original zombies were created from dead bodies that looked and smelled it. Even the modern zombies, created from living people, look like corpses (and probably smell like it).
Another aspect having to do with the body is the effect of coming in contact with martyrs and zombies. Touching the relics of a saint is supposed to have healing properties, while touching a living-dead zombie can lead to loss of life and soul.
It can be argued that the (original, resurrected) zombie is a "corrupt" Jesus, brought back from the dead by man rather than by god and therefore doomed to physical decay and moral corruption owing to the fact it has no soul. While saints transcend the corporeal plain to that of the soul, zombies lose their soul and remain only creatures of the flesh.

I'm not trying to say that zombies, as they are portrayed in folklore and in modern media, were created as "anti-saints" by design or forethought. Other factors were, no doubt, more important in creating the character. But maybe some part of their popularity in the Western Christian world has to do with these characteristics.

Addendum
!!! Spoiler alert to "Raising Stony Mayhall" and "The Girl with all the Gifts" in the next passage. !!!

As I said, the original post was written a few years ago. In the last couple of years we have seen the appearance of a new type of zombie – the human zombie. That is, we now have zombies who are not mindless brain eating machines, or not entirely so. They are what you might call "Undead Americans" (or Brits and so on). The interesting thing is that some of them are showing Christ-like, or messianic-like, characteristics. Darryl Gregory's Stony Mayhall strives for peace and good will towards all mankind – living or otherwise. He actually makes the Christ-like sacrifice by giving himself for the sins of others, and in the end exists in a completely spiritual form. Another example is Melanie form "The Girl With all the Gifts" which ends up becoming a bridge between the living and the undead, and leading the undead in a new path.
Posted by אהוד מימון at 19:27 2 comments: